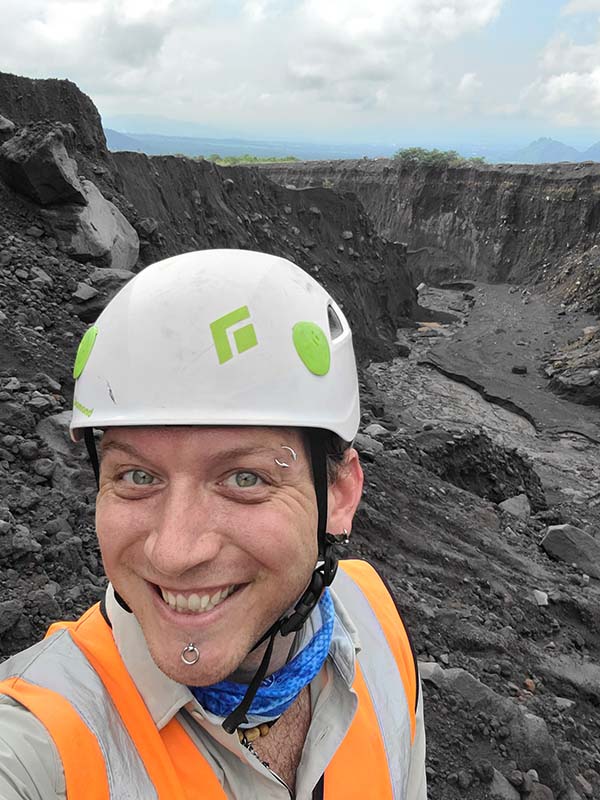 Lahars are responsible for 26% of the deaths associated with volcanic activity reported since 1500 AD, and are extremely destructive to infrastructure (Thouret et al., 2020). Secondary lahars are volcanic mudflows commonly triggered by rainfall. Valuable land and buildings may be covered or destroyed by thick deposits including heavy boulders, mud, and debris. Bridges and roads can be washed out, cutting people off from vital services and potentially placing them in danger from other hazards. Volcán de Fuego in Guatemala actively produces pyroclastic material in small Strombolian eruptions every 15-20 minutes. Fuego occasionally has larger paroxysmal events and has produced over 50 eruptions with a Volcanic Explosivity Index (VEI) ≥2 since 1524 (Naismith et al., 2019). The addition of so much unconsolidated material onto the flanks causes an unstable slope condition, so lahars are common during the rainy season. In June of 2018, a major paroxysmal event caused a pyroclastic density current to flow along the Las Lajas drainage.  Significant debris was deposited, much of which is remobilized during rainy seasons.

The goal of this work is to quantify erosional and depositional processes for secondary lahars at intermediate distances (~5-10 km) from the summit of Volcán de Fuego, Guatemala over the 2021 rainy season in the Las Lajas drainage. This intermediate distance is commonly where lahars most interact with infrastructure and the populace. The Region of Interest (ROI) was broken into 5 sections and surveyed with an Unoccupied Aerial Vehicle (UAV) and flight planning software at semi-regular monthly time intervals. Acquired imagery was processed into time-lapse Structure from Motion (SfM) Digital Elevation Models (DEMs). Repeat missions from sections are subtracted to find the DEM of Difference (DoD). The goal of this study is to determine how much material is being displaced by lahars during a rainy season, and how that movement is changing the morphology of the drainage. A primary hypothesis is that there is correlation between rainfall and the power of the lahars as quantified by the SfM erosional changes.