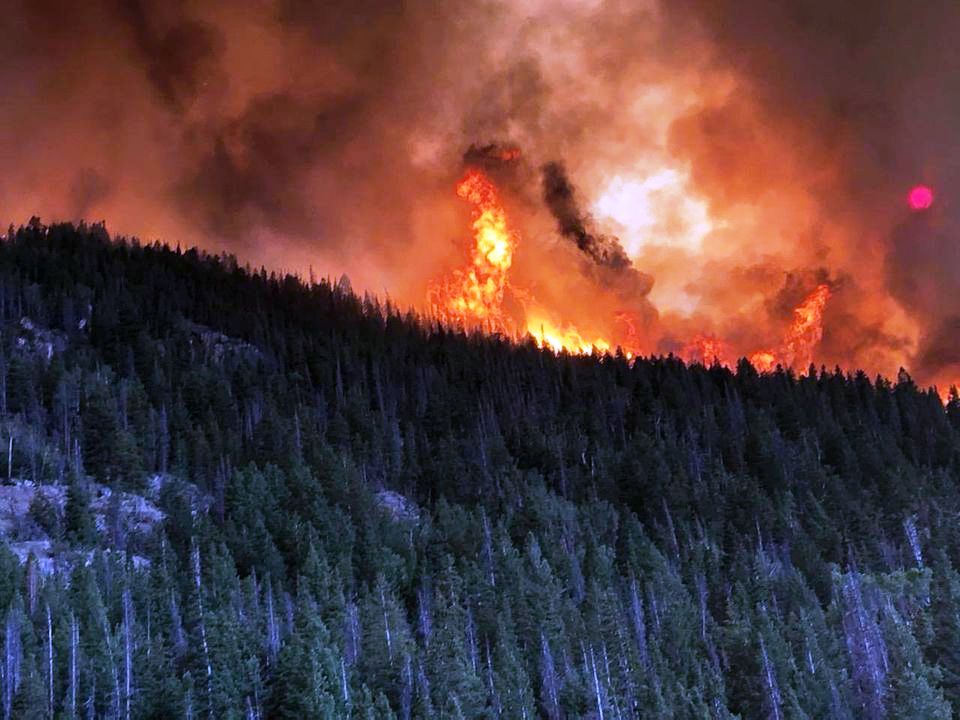 In the United States, the 2020 wildfire season burned an unprecedented 41,000 km2, with the vast majority of this acreage in the American West, including the two largest fires in Colorado history. We investigated the impact of the Cameron Peak wildfire on snow accumulation and ablation using a combination of paired meteorological stations and in situ observations, including ground-penetrating radar surveys, probes, and UAV-based Structure from Motion surveys.  Our findings show that accumulation in the burned area exceeded a nearby unburned under-canopy site and matched a nearby unburned SNOTEL station (in a small open meadow) until mid-March, indicating that the loss of canopy reduced interception and resulted in an increase in snow depth at the burned site. However, over the next two months, the unburned sites continued to accumulate snow water equivalent (SWE), while the burned site frequently experienced melt, leading to near-zero net change in SWE over this interval. This late-winter melt is attributed to both a decline in surface albedo due to the accumulation of sooty material on the snow surface and increased shortwave radiation due a loss of canopy shading. As the melt season progressed, the snow surface albedo declined to 0.5 in the burn area, dramatically increasing the absorption of shortwave radiation. As a result, melt rates were 70% greater at the burned site compared to the nearby under-canopy site and 26% greater than the SNOTEL station, located in a small open meadow. Melt out occurred 11 and 13 days earlier at the burned site compared to these nearby sites. Together, these observations demonstrate that while the burned area experienced modest increases in snow accumulation compared to the under canopy site, the combined impacts of the loss of canopy and a lower surface albedo increased melt rates and resulted in earlier melt-out.