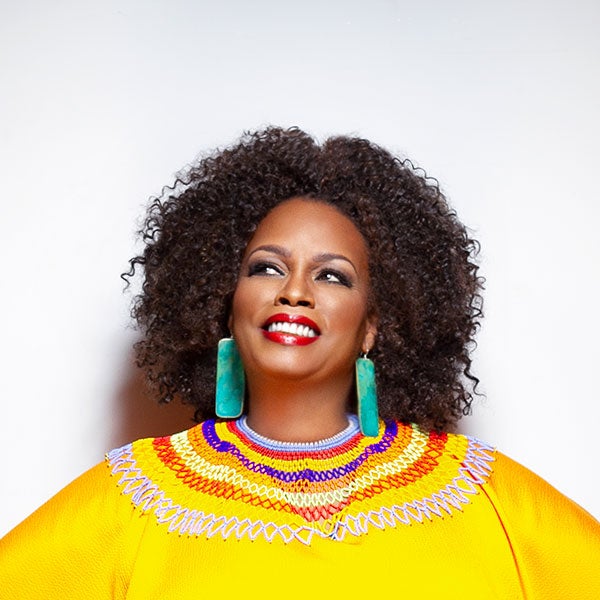 Both performances have been canceled due to COVID-related reasons. Boise Jazz Society is looking to reschedule the event for later this summer. Please reach out to BJS directly at msamball@boisestate.edu with any questions or concerns. Thank you!

For more information and/or to purchase tickets, go to www.boisejazzsociety.org

Doors open at 4 pm.  All seating is reserved.  Food and beverages are available for purchase.  Parking is free.

Dianne Reeves, a five-time Grammy winner, has recorded and extensively performed with the Lincoln Center Jazz Orchestra and Wynton Marsalis, who said of Reeves, “She has one of the most powerful, purposeful and accurate voices of this or any time.” Reeves has also recorded with the Chicago Symphony Orchestra conducted by Daniel Barenboim and was a featured soloist with Sir Simon Rattle and the Berlin Philharmonic. In addition, she was the first Creative Chair for Jazz for the Los Angeles Philharmonic and the first singer to ever perform at the famed Walt Disney Concert Hall. Reeves appeared throughout George Clooney’s award-winning Good Night and Good Luck and performed every song on the Grammy-winning soundtrack. More recently, Reeves has toured the world in a variety of contexts including a program entitled “Sing the Truth,” a musical celebration of Nina Simone in which Lizz Wright and Angelique Kidjo were also featured.  The National Endowment for the Arts (NEA) Jazz Masters award is widely described as United States’ highest honor for jazz. In addition to Dianne, the 2018 Jazz Masters are pianist Joanne Brackeen, guitarist Pat Metheny, and producer Todd Barkan. The new class was inducted in a tribute concert and ceremony at the Kennedy Center on April 16, 2018. Each inductee delivered remarks but did not perform — that task was left to colleagues and peers. Dianne performed at the 2017 induction celebration, as she paid tribute to her friend Dee Dee Bridgewater.  Dianne was recognized by The Juilliard School with an Honorary Doctor of Fine Arts for her “breathtaking virtuosity, improvisational prowess, and unique jazz and R&B style.” She received the award at Julliard’s 110th Commencement Ceremony in Lincoln Center, along with Suzanne Farrell, Nicholas Hytner, Murray Perahia, and Peter Sellars.