Mask mandates are one policy tool state governments have used to tackle the ongoing COVID-19 pandemic. But does the enforcement of these mandates change the way Americans think about them? In new research, Luke Fowler and Jeff Lyons examine the effects of mask mandate enforcement measures, such as fines, on public support in Idaho. They find that Democrats are overwhelmingly supportive regardless of enforcement, but Republican support falls significantly, effectively robbing state Republican leaders of a way to enforce mask mandates in Idaho.

Most US states have issued some form of a mask mandate requiring face coverings since the beginning of the COVID-19 pandemic in March 2020. Specific provisions vary across states. Enforcement has been lax with police encouraging compliance, but hesitating to issue fines or make arrests. Of course, traditional enforcement of mask mandates is more effective than voluntary compliance, and voluntary mandates are perceived as unfair and contribute to the stigmatization of mask wearing. However, there is also the issue of control aversion, where individuals are less likely to comply with mandated behaviors because freedom of choice has been removed and/or a lack of trust in government.

Idaho is one of the few states to resist a state-wide mask mandate, although it was a central debate during November and December 2020 when COVID-19 cases were rapidly rising. Since local governments and regional health districts in Idaho have broad authority to adopt public health ordinances, more than a dozen implemented mask mandates. In response, the state House passed legislation banning local mask mandates, but the bill died in Senate committee. According to Republican Governor Brad Little: “[a statewide mask] mandate is problematic if the community doesn’t believe in it and we are a local control state.” Unsurprisingly, several groups associated opposed to mask mandates held protests and demonstrations, including a mask burning event in front of the State Capitol.

This sets up a difficult challenge for policy design in places like Idaho where citizens are unlikely to comply with a mask mandate if it is not enforced but enforcement may create too much opposition for a mask mandate to be adopted and risk further polarization around a contentious issue. Thus, state leaders are then faced with picking their poison.

We examine this issue further with data from a survey conducted by Boise State University that collected a geographically and demographically representative sample of 1,000 respondents from Idaho between November 29 and December 3, 2020. We use a split sample survey research design to test how including enforcement provisions (specifically, a fine) affects support for a mask mandate. 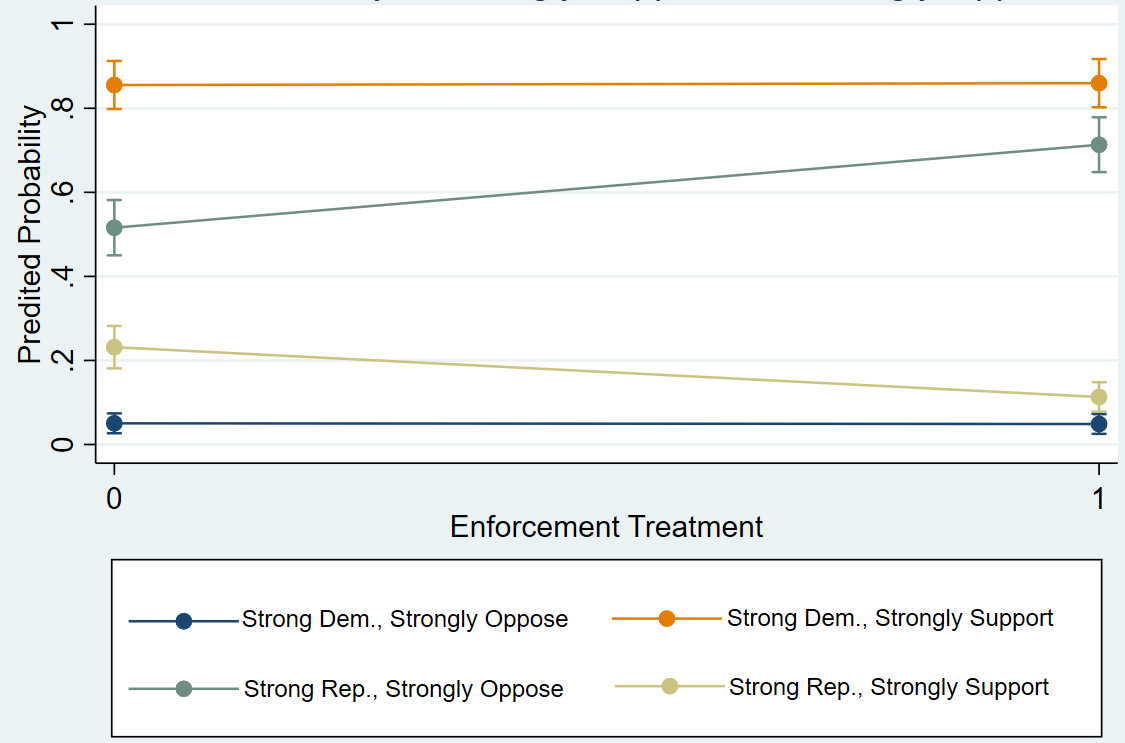 This finding then creates a difficult challenge for state leaders trying to design policies that induce compliance with public health recommendations. While conventional logic suggests that the most effective strategy for containing COVID-19 is traditional enforcement of a mask mandate, including levying fines, doing so may lead to polarized attitudes and retrenchment in support among a key constituency that is both essential to governing coalitions and whose compliance will be crucial for virus containment.

Furthermore, this would also likely stir additional political demonstrations among an outspoken contingent, challenging Republican leaders from within their own party. As Democrats are often uncompetitive in state-wide elections in Idaho, the most ardent challenges are likely to come from the right, which Governor Little has already experienced from his own Lieutenant Governor, causing tension inside Idaho’s Republican Party. Thus, the political risks of adopting a mask mandate are high for Republicans trying to stave off conflict within their own party.

But, with no clear enforcement mechanism, adopting a mandate may not lead to more mask wearing, during a time when it is one of the most important behaviors to reduce community spread. While this strategy may cause less political tension, it certainly would not eliminate it, as a sizable minority would still oppose a mandate in any form. Importantly, that sizable minority becomes outsized within the narrow confines of the Republican Party, carrying more weight for a Republican governor hoping to maintain his political clout.

Given this situation, Idaho state leaders, namely Governor Little, chose a third option and pushed a narrative of personal responsibility in hopes that citizens could be nudged into following public health recommendations without a formal policy. This is largely akin to a public outreach or education campaigns aimed at changing perceptions of a desired behavior, as an alternative policy tool to mandates. To a certain extent, this seems to be a compromise between formal and enforced policies to contain COVID advocated by Democratic leaders and questioning the efficacy of masks all together as some Republican elected officials have done. The public health and political consequences of this decision remain to be seen, but this analysis certainly illustrates why designing policies for COVID-19 is challenging in conservative states.