How the School of Public Service is Making a Difference

The unique model of the School of Public Service prepares students to think and act in innovative, relevant and engaged ways. Whether in the public or private sector, in academia or popular culture, the students, alumni and faculty of the School of Public Service are making a difference locally, regionally and globally. This month’s Public Interest highlights some of the recent works published by School of Public Service faculty. From the political science meets science fiction of Poli Sci Fi to wrestling with the moral dilemma of Capital Punishment; from rediscovering David Hume’s Humanity and recovering The Joy of Science to remembering the forgotten stories of The Other Idahoans, our professors are producing works that matter. School of Public Service faculty are publishing on a dazzling variety of subjects with prestigious presses including those of Oxford and Cambridge Universities. We hope you’ll take some time to read some of the ways our work is making a positive impact in our community and our world.

In April, The Blue Review, The School of Public Service’s journal of “popular scholarship in the public interest,” published a multimedia report on active volcano research in Guatemala, at Santiaguito, which may now be the world’s most active volcano. The article, written by TBR editor Nathaniel Hoffman and filmed by Boise independent filmmaker Zach Voss, combines reporting and short video interviews, including 360 degree immersive video to capture the scientific, social, environmental and political milieu of conducting research in Guatemala. The reporting was made possible with support from SPS, Boise State’s Office of Communications and Marketing and the National Science Foundation and represented a close collaboration with Dr. Jeffrey Johnson in the Geosciences Department, principal scientist and organizer of the 2016 Workshops on Volcanoes in Quetzaltenango, Guatemala. Starting this year, all courses necessary to earn a conflict management certificate will be offered in the summer, including the new family law mediation course. The certificate requires 12 credits: 7 credits of required courses and 5 credits of electives.
Conflict management students come from fields including but not limited to: public administration, business, human resources and social work.

Idaho’s capital city provides rich subject matter for Investigate Boise, a place-based field school from the School of Public Service’s Center for Idaho History and Politics. Based in Boise’s vibrant downtown, the field school begins with walking tours, exploring issues of housing and homelessness, crime and punishment, and transportation from street level. Scholarship produced by the program includes 2014’s Becoming Basque and this year’s The Other Idahoans.The courses are cross-listed for credit with history, political science, sociology, criminal justice and environmental studies and begin on June 20. 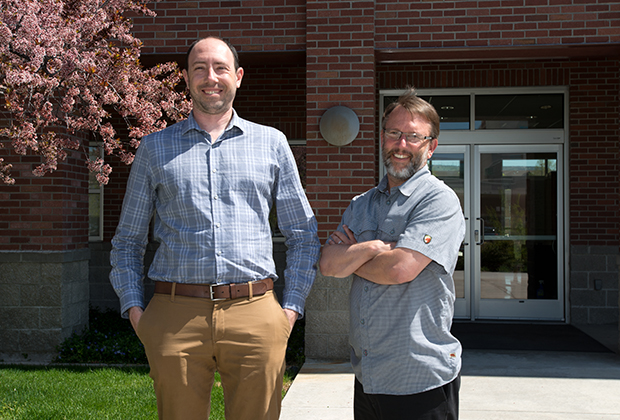 Dengue fever grew at an alarming rate in Brazil in 2015, with approximately three times as many cases reported as the year before. Boise State political science professors Brian Wampler and Mike Touchton are working to improve healthcare outcomes in Brazil by drawing on Wampler’s ongoing research on the positive impact of participatory government. Their research focuses on the participatory governance model and seeks to improve decision-making on community health challenges such as Dengue fever, infant mortality and the Zika virus. The new Legislative Internship Scholarship from the School of Public Service seeks to make legislative opportunities a reality for more students by helping to cover the costs of their internships. This scholarship fund recently received a boost as the Coeur d’Alene Tribe donated $7,000, enough to assist ten Political Science and Public Administration majors to intern with financial assistance at the Idaho State Legislature for the 2017 session. Efforts to fully fund the scholarships are ongoing.

“Now more than ever, our state needs great leaders,” stated Chairman Chief James Allan of the Coeur d’Alene tribe. “We hope that this scholarship will increase the level of access to internships for more students and ultimately inspire students to pursue a career in public service.” The death penalty is one of the most important and divisive moral issues wrestled with by our criminal justice system today. A new book by Boise State Criminal Justice professors Virginia Leigh Hatch and Anthony Walsh and published by Oxford University Press, investigates the psychological and philosophical reasons society values punishment, outlines the history of the death penalty in the U.S., and explores, from both scientific and judicial perspectives, the current issues surrounding capital punishment such as race, gender and wrongful convictions. Fallen angels in the bawdy houses. Migrants barred from Main Street. Homesteaders driven from homesteads when August rained black storms of dust. The Other Idahoans recovers their hard-luck stories. Produced from research conducted in Investigate Boise, the book includes a chapter about women imprisoned for debt written by Boise State student Cece Thunes which she recently presented at the 41st  Association of Private Enterprise Education Conference. Read an Interview With the Authors The Joy of Science

Overworked, stressed-out and exhausted. Personal and professional lives all out of balance. The world of science and engineering students and researchers offers both incredible opportunities and tremendous pressures. In The Joy of Science, Boise State public policy and administration professor Jen Schneider and co-author Roel Snieder seek to help scientists discover their personal values about what it means to be a successful scientist, question the core beliefs that lead to overwork and burnout, and reflect on alternative approaches to thriving as a joyful scientist. 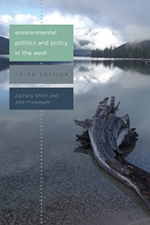 Co-edited by School of Public Policy’s John Freemuth and including a contribution by Leslie R. Alm, this text brings top scholars together to wrestle with issues of a West under stress. Water, resource extraction and federal land management are just a few of the issues discussed. David Hume’s Humanity: The Philosophy of Common Life and Its Limits

In David Hume’s Humanity: The Philosophy of Common Life and Its Limits, Boise State political science professor Scott Yenor sets out to rehabilitate the Scottish Enlightenment thinker’s philosophy of common life, a philosophy he maintains is suited to our postmodern age, when political life and university life are both characterized by ever-narrowing specialization and a growing split between science and humanism. In this volume of Palgrave’s Recovering Political Philosophy series, Yenor argues that Hume begins investigation of the world, not through a scientific method that brings a false clarity, but one grounded in common life and that seeks to articulate the necessary tensions and ambiguities of the human condition.

The Politics of Intergovernmental Relations

Written by Boise State public policy and administration professors Elizabeth Fredericksen and Stephanie Witt along with Washington State’s David C. Nice, this 3rd Edition includes a chapter on networks of public, business and nonprofit organizations, their development and how they work together to implement public policy. It also includes a chapter on the vital role of Native American tribal governments in the U.S. intergovernmental scene. As climate change has become one of the most highly-charged issues of our times, the coal industry has become a target for those seeking strong action to mitigate its effects. In Under Pressure, Boise State public policy and administration professor Jen Schneider and co-authors discuss the rhetorical strategies employed by the coal industry to advance its corporate interests in response to these pressures. This volume in Macmillan’s Palgrave Studies in Media and Environmental Communication examines coal industry rhetorical strategies in relation to the pro-market, individualistic philosophy of neoliberalism. It also identifies vulnerabilities and contradictions in rhetoric, and explores how other fossil fuel industries could employ the same strategies. Governance in a democratic society demands that public managers possess competencies in critical thinking, problem solving, decision-making, and the ability to articulate and apply a public service perspective. Sound human resource management practices, important in the private sector, are indispensable at all levels of government. Written by Boise State public policy and administration professors Elizabeth Fredericksen and Stephanie Witt along with Washington State’s Nicholas Lovrich, this 2nd edition text prepares students for effective public management HRM by introducing fundamental purposes of HRM in the public service and describing differences among HRM practices in public, for-profit and nonprofit organizations, as well as between the levels of government.