Martin Corless-Smith was born and raised in Worcestershire, England. His degrees include a BA and an MFA in painting and printmaking, an MFA in Poetry from the Iowa Writers’ Workshop and a PhD in Creative Writing from the University of Utah. His seventh collection of poetry, The Fool & The Bee was a best-seller at SPD. Odious Horizons: Some versions of Horace is forthcoming in September 2019.  He edits the Free Poetry chapbook series.

Mary Pauline Lowry received her MFA from Boise State University. Her novel THE ROXY LETTERS, which she wrote while at BSU, was published by Simon & Schuster in April 2020. She is the author of the novel WILDFIRE and is a regular contributor to O Magazine. Her work has appeared in the New York Times, the New York Times Magazine, The Millions, and other publications. 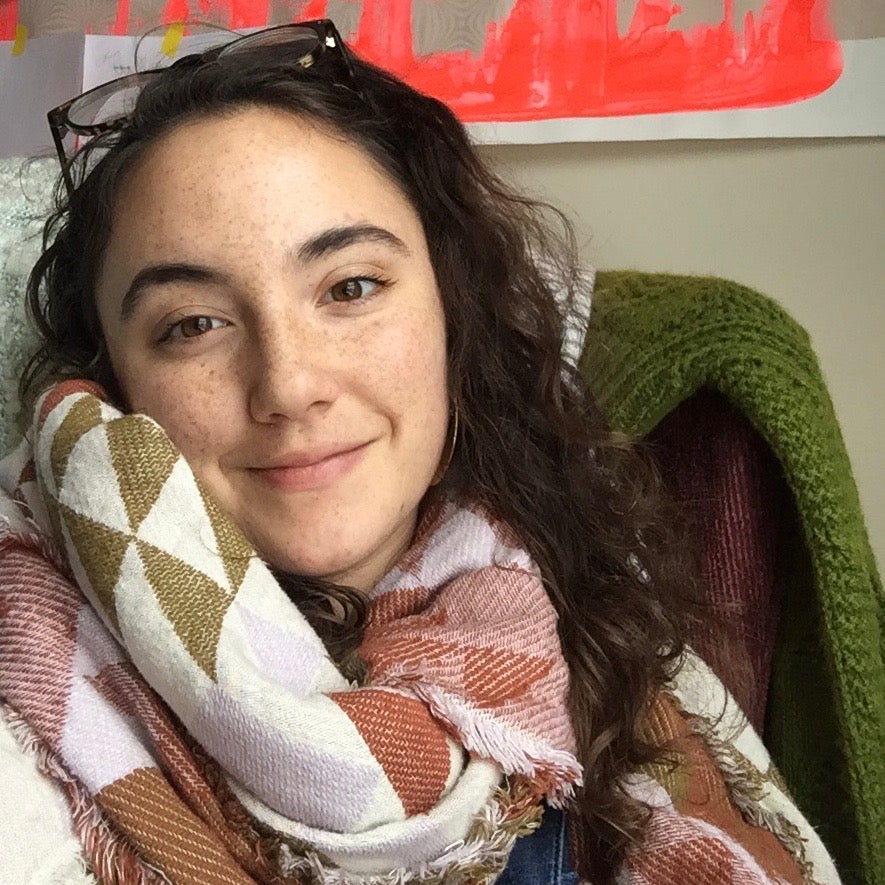 Emily Pittinos is a Great Lakes poet and essayist teaching in Boise, ID. An Associate Editor for Poetry Northwest, Pittinos has received support from Vermont Studio Center, the Alexa Rose Foundation, and Washington University in St. Louis, where she also served as the Senior Fellow in Poetry. Her work appears, or will soon appear, in Beloit Poetry Journal, New England Review, Ploughshares, The Adroit Journal, The Iowa Review, and elsewhere. Her debut collection, The Last Unkillable Thing (University of Iowa Press, 2021), is a winner of the Iowa Poetry Prize and will be released this coming April.

Taryn Schwilling is the author of The Anatomist (YesYes Books, 2015). She received a PhD from the University of Denver and an MFA from the Iowa Writers’ Workshop. She is the recipient of a Fulbright grant and has lived and taught in Cambodia and Iraq.

A recipient of many awards and fellowships, Udall received his MFA from the Iowa Writers’ Workshop. His widely anthologized stories and non-fiction have been published in journals and magazines such as Story, Esquire, GQ and The Paris Review. He is the author of a short story collection, Letting Loose the Hounds, and two novels, The Miracle Life of Edgar Mint, which was an international bestseller and translated into more than twenty languages, and The Lonely Polygamist, which was a New York Times bestseller. Kerri Webster is the author of three books of poetry: The Trailhead (Wesleyan, 2018); Grand & Arsenal (Iowa, 2012); and We Do Not Eat Our Hearts Alone (Georgia, 2005). She received her MFA from Indiana University. From 2006 to 2010, Webster was Writer in Residence at Washington University in St. Louis. She is the recipient of a Whiting Award and the Lucille Medwick Award from the Poetry Society of America. Mitch Wieland is the author of the novels Willy Slater’s Lane and God’s Dogs. Willy Slater’s Lane received starred reviews in Publisher’s Weekly and Booklist, and was optioned for a film. Named Idaho Book of the Year, God’s Dogs was featured in the annual Best of the West prize anthology, and was a top finalist for the John Gardner Fiction Award. Wieland’s short stories have appeared in The Missouri Review, The Southern Review, The Kenyon Review, The Yale Review, TriQuarterly, The Sewanee Review, Shenandoah, StoryQuarterly, Prairie Schooner, among other publications. Wieland is the recipient of a grant from the National Endowment for the Arts, a Christopher Isherwood Fellowship, a Boise State University Arts and Humanities Fellowship, and two Literature Fellowships from the Idaho Commission on the Arts. He is currently finishing a novel set in Japan in the aftermath of Fukushima.

A co-founder of the MFA program at Boise State University, Wieland was its director for ten years. Currently in his twenty-fifth year at Boise State, he serves as the founding editor of the award-winning Idaho Review, and teaches MFA and BFA classes in fiction writing and publishing/editing.

Professor of the Practice

Edgar-nominee Ridley Pearson is a #1 New York Times bestselling author of more than 50 award-winning suspense and young adult adventure novels. His novels have been published in two-dozen languages and have been adapted for network television and the Broadway stage. Ridley’s crime novels have earned a reputation for writing fiction that “grips the imagination.” Ridley’s middle-grade-reader series include: The Kingdom Keepers, Steel Trapp and Lock & Key. The Peter and the Starcatchers series, co-written with Pulitzer Prize winner (and bandmate), Dave Barry, (adapted to the stage by Rick Elice) was awarded 5 Tony Awards.

Ridley’s research has spanned the globe and has included: a prison for the criminally insane in the U.K., exploring the engine room of a cruise liner, and multiple after-hour tours of Walt Disney World and Disneyland. Currently, Ridley is writing a new series—The Kingdom Kids—for Disney Books and a trilogy of graphic novels—The Super Sons—for DC Comics.

Nicole Cullen received an MFA in Writing from the Michener Center for Writers at the University of Texas-Austin. She was a Wallace Stegner Fellow at Stanford University, a fiction fellow at the Wisconsin Institute for Creative Writing, and a recipient of an Elizabeth George grant. Her fiction has appeared in Ploughshares, the Dublin Review, the Idaho Review, and has been included in The Best American Short Stories. She’s currently at work on a novel.

Bethany Maile’s memoir Anything Will Be Easy After This: A Western Identity Crisis will be published Fall 2020 with University of Nebraska Press. Twice her essays have been listed as Notable Selections in the Best American Essays series and once in the Best American Nonrequired Reading series. Her work has appeared in The Rumpus, Shenandoah, Prairie Schooner, River Teeth, The Normal School, among others. She is at work on a memoir about motherhood and Alaska.

Forrest Gander, a writer and translator with degrees in geology and literature, was born in the Mojave Desert, grew up in Virginia, and taught for many years at Brown University with his wife, the poet CD Wright. Among Gander’s most recent books are Be With, awarded the 2019 Pulitzer Prize, the novel The Trace, and Eiko & Koma, a collaboration with the eponymous movement artists. Gander is also known as a translator whose recent works include Alice Iris Red Horse: Poems by Gozo Yoshimasu and, with Patricio Ferrari, The Galloping Hour: French Poems of Alejandra Pizarnik. He has a history of collaborating with artists such as Ann Hamilton, Sally Mann, Graciela Iturbide, and Vic Chesnutt. The recipient of grants from the Library of Congress, the Guggenheim, Howard, Whiting and United States Artists Foundations, Gander lives in northern California.

Bass has written over 20 books, including “The Hermit’s Story,” “For a Little While” and “Why I Came West.” His fiction has received O. Henry Awards, numerous Pushcart Prizes, awards from the Texas Institute of Letters (in fiction, creative nonfiction and journalism categories), fellowships from the National Endowment for the Arts, the Guggenheim Foundation, the Lyndhurst Foundation, the Mississippi Institute of Arts and Letters, a Mountains and Plains Booksellers Award, nominations for Pacific Northwest Booksellers Awards, a PEN/Nelson Algren Special Citation (judged by the American poet and novelist Robert Penn Warren), and a General Electric Younger Writer’s Award. He has had numerous stories anthologized in “Best American Short Stories.”

In addition to writing fiction, Bass is a well-known environmental activist who lives in Montana with his family.

Heath Marion is a screenwriter for the television series “Better Call Saul.” She is also an actor and producer, and earned her MFA in screenwriting from the University of California, Los Angeles. She was selected as one of 10 writers chosen to participate in the inaugural Episodic Story Lab at the Sundance Institute in 2014. Prior to her work on “Better Call Saul,” she was a crew member on “United States of Tara,” “The Goldbergs” and “Curb Your Enthusiasm.” She will co-teach a screenwriting class with fiction professor Brady Udall for MFA students in spring 2018.

Bhanu Kapil is the author of five books, including Ban en Banlieue, Schizophrene, humanimal [a project for future children], Incubation: a Space for Monsters, and The Vertical Interrogation of Strangers. She specializes in cross-genre narrative and poetics and has taught at Naropa University and in Goddard College’s low-residency MFA. She holds an MA from SUNY Brockport and a BA from Loughborough University, UK.

Joy Williams is the author of four novels, five story collections, and one essay collection. Her novel, The Quick and the Dead, was nominated for the Pulitzer Prize, and State of Grace received a nomination for the National Book Award. Ill Nature, a collection of essays, was a finalist for the National Book Critics Circle Award. Her most recent book is Ninety-Nine Stories of God. The acclaimed short stories of Ms. Williams have appeared in The New Yorker, Esquire, Harper’s, The Paris Review, Granta, Tin House, The Missouri Review, The Idaho Review, and numerous other publications. Her stories have been widely anthologized in The Best American Short Stories, The O. Henry Prize Stories, and The Pushcart Prize. Ms. Williams has received many honors for her fiction, including the Harold and Mildred Strauss Living Award from the American Academy of Arts and Letters, and the Rea Award for the Short Story. In 2016, she was awarded the PEN/Malamud Short Story Award. Pierre Joris has published some 50 books of poems, essays & translations, most recently An American Suite (inpatient press 2016) Barzakh: Poems 2000-2012 (Black Widow Press 2014), Breathturn into Timestead: The Collected Later Poetry of Paul Celan (FSG 2014) & A Voice Full of Cities: The Collected Essays of Robert Kelly (coedited with Peter Cockelbergh, Contra Mundum Press 2014). Previous books include Meditations on the Stations of Mansur al-Hallaj (poems) from Chax Press and The University of California Book of North African Literature (volume 4 in the Poems for the Millennium series), coedited with Habib Tengour and Exile is My Trade: A Habib Tengour Reader edited, introduced and translated by Joris (Black Widow Press). Cartographies of the In-between: The Poetry & Poetics of Pierre Joris, edited by Peter Cockelbergh came out in 2012. He lives in Sorrentinostan, a.k.a. Bay Ridge, Brooklyn, with his wife, multimedia performance artist and writer Nicole Peyrafitte & is author-in-residence at BSU for the spring ’16 semester. Denis Johnson was born in Munich, West Germany, and was raised in Tokyo, Manila and Washington D.C. His books include Jesus’ Son, Tree of Smoke, Train Dreams, Nobody Move, The Laughing Monsters, The Name of the World, Already Dead: A California Gothic, Angels, Fiskadoro, The Stars at Noon, and Resuscitation of a Hanged Man. Johnson received many awards for his work, including a Lannan Fellowship in Fiction, a Whiting Writer’s Award, the Aga Khan Prize for Fiction from the Paris Review for Train Dreams, and most recently, the National Book Award for Fiction. He taught at the Iowa Writers Workshop and the James Michener Center for Writers at the University of Texas in Austin, among other universities.