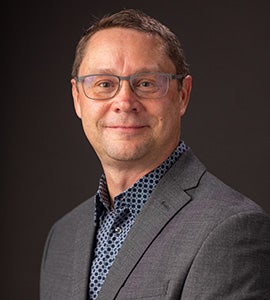 “The Purpose of Property: Experimental Evidence on Adam Smith’s Insights”

The 5th Adam Smith Lecture will feature Bart Wilson, a professor of economics and law at Chapman University. Wilson is also the Donald P. Kennedy Chair in Economics and Law and the director of the Adam Smith Institute for Political Economy and Philosophy at Chapman University. He is a leading practitioner of experimental economics, testing economic ideas in the laboratory, and co-author with Nobel Laureate Vernon Smith of “Humanomics: Moral Sentiments and the Wealth of Nations for the Twenty-First Century” and author of “The Property Species: Mine, Yours, and the Human Mind.”

Adam Smith Lectures are free and open to the public.

Maria Pia Paganelli is one of the world’s leading scholars on Adam Smith, and in January 2020 she was elected as president of the International Adam Smith Society and is a professor of economics at Trinity University, San Antonio, Texas.

Otteson has a doctorate in philosophy from the University of Chicago, has taught at Yeshiva University and the University of Alabama, and is currently the Thomas W. Smith Presidential Chair in Business Ethics, Professor of Economics, and Executive Director of the Eudaimonia Institute at Wake Forest University. View Otteson’s webpage.

“Being me, being you: Adam Smith on empathy, perspective and humanity”

Samuel Fleischacker is the LAS Distinguished Professor of Philosophy at the University of Illinois-Chicago and author of ‘On Adam Smith’s Wealth of Nations: A Philosophical Companion.’ He studied at Yale University, receiving his Ph.D. in 1989. He works in moral and political philosophy, the history of philosophy, aesthetics and the philosophy of religion. Among the issues that have particularly interested him are the moral status of culture, the nature and history of liberalism, and the relationship between moral and other values (aesthetic values, religious values, political values). His publications include The Ethics of Culture (Cornell, 1994), On Adam Smith’s Wealth of Nations: A Philosophical Companion (Princeton, 2003), A Short History of Distributive Justice (Harvard, 2004), Divine Teaching and the Way of the World (Oxford, 2011) and Kant’s Questions: What Is Enlightenment? The Legacy of a Kantian Question (Routledge, 2012). Professor Fleischacker has been a Fellow of the Center for Advanced Study in the Behavioral Sciences at Stanford, the University Center for Human Values at Princeton, and the Institute for Advanced Study in the Humanities at Edinburgh University. He taught previously at Williams College.

Moral Sentiments and the Wealth of Nations

Vernon Smith is the 2002 Nobel Laureate in Economic Sciences and the George L. Argyros Endowed Chair in Finance and Economics, Chapman University.

The lecture focuses on Smith’s work in experimental economics investigating the connection between our moral sentiments towards others and how that relates to both non-market cooperation oriented toward common goals and market cooperation through exchange achieving individually separate goals.