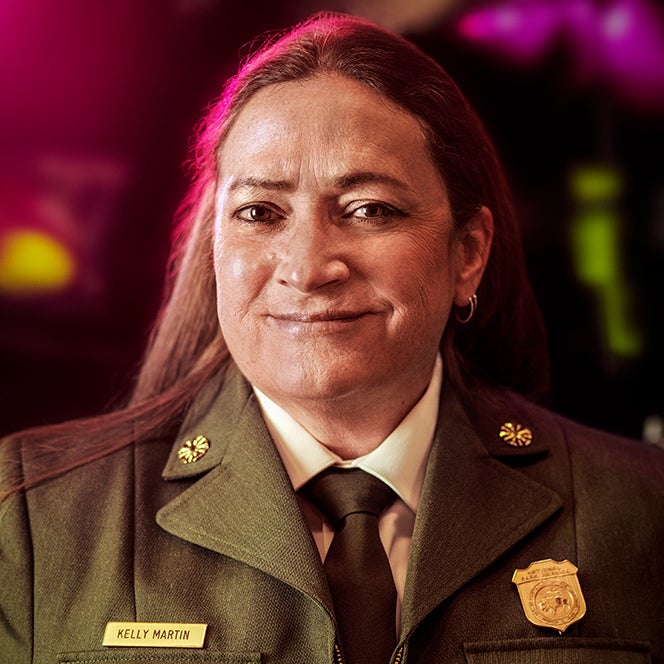 After finishing her Bachelor of Science Degree from Northland College in Outdoor Education in 1986, Kelly Martin began her career in federal service with a position at Grand Canyon National Park working in Fire and Aviation Management. From 1990 through 2006 Kelly continued to gain experience in the field of fire with the U.S. Forest Service in 6 different states.

In 2006 Kelly became the Chief of Fire and Aviation Management for the National Park Service until her retirement in 2019. Having worked in a male dominate career, Kelly has faced many steep challenges. However, her love and passion for the work she does has energized her to push through the hard times. In addition to her previous contributions as Chief of Fire and Aviation Management at Yosemite National Park, Kelly has been a driven mentor for the next leaders in fire management. With women comprising only 10 percent of the workforce in fire, Kelly wanted to give more women the opportunity to receive hands-on training to further their leadership careers. How has she done this?

In September 2016 Kelly presented a Congressional Testimony focused on examining misconduct and mismanagement at the national park services. She bravely shared her own personal experience with sexual harassment and grievances over the course of her 30 year career and described the progression of misconduct from the beginning of her career through the time of the hearing.

On October 13, 2017, Kelly received the Women Who Dared Gratitude Award. An award dedicated to recognizing and honoring women who have taken a personal risk that furthered the advancement of equal opportunity and status for women.