The School of Public Service aspires to inspire and equip future ethical and effective public service leaders. Sometimes young people are deterred from engaging in their communities or pursuing opportunities to work on public issues because they perceive an increasingly toxic political discourse. Indeed, most Americans agree that our politics have become increasing polarized and divisive and that incivility has spiked.

Each of the last two years we honored an Idaho public servant with our Commitment to Idaho Award who exemplifies the ability to disagree without being disagreeable: Congressman Mike Simpson and Former Idaho Speaker Bruce Newcomb. We see these public servants as models for our students. As is former Governor and Interior Secretary Cecil Andrus who was fondly remembered this fall as someone uniquely able to bridge traditional divides in pursuit of principled and pragmatic solutions.

While the notion of public civility is not without its detractors, our ability to discuss issues respectfully, especially on matters where sharp disagreements exist, is a critical to our functioning democracy. And it is equally critical to a well-functioning university where, to quote Frank Bruni, the truth emerges from a “contest of perspectives and an assault on presumptions.”

In this issue of Public Interest, we’ll share some of the ways we are working to encourage listening, understanding, and respectful exchange of ideas.

Our Second Annual Across the United States, a central fear continues to grow: America’s civic fabric is beginning to fray. Three-fourths of Americans believe incivility today has risen to crisis level, and 70% think civility has worsened since the 2016 election. Trust in essential institutions has plummeted, and nearly 60% report checking out of politics because of the increasingly negative tone. Boise State is working to understand and combat the harmful effects of incivility. One such effort is Perspectives on Civility, published by the the School of Public Service’s Blue Review. Perspectives on Civility is bringing together a range of approaches not only to the concept of civility, but also civil discourse and civic engagement. Contributions come from a diverse range of community members, both on campus and throughout the Boise area, and will continue to appear well into 2018.

Can You Hear Me Now?

Good listening is an active, engaged, curiosity-driven probing activity that – at its best – builds connection, trust, and respectful understanding. When done well, it can help bring disparate points of view together, even when people heartily disagree. In a “Teach-in” session at Boise State’s Albertsons Library entitled “Can You Hear Me Now,” Dr. Brian Pappas of our Dispute Resolution and Conflict Management Center shared his thoughts on listening for understanding and persuasion.

Check Out His Presentation From The Boise State Library Media Site 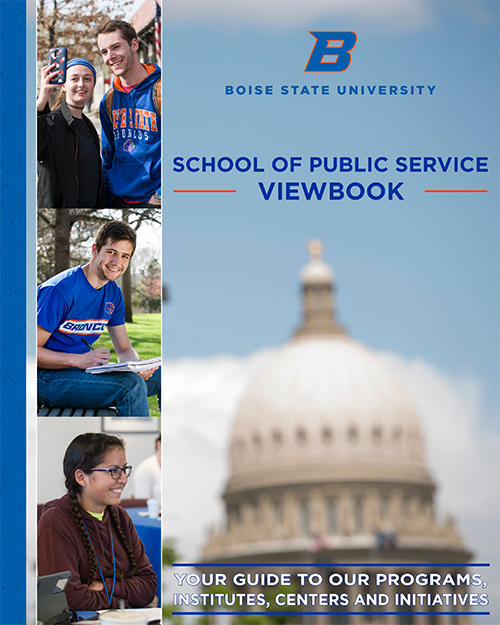 Off-year elections are frequently plagued by low interest and turnout, but a group of Dispute Resolution students worked to encourage participation in the November races. While not advocating for any one candidate or view, students handed out “Go-to-vote” cards. Joined by professor Dr. Brian Pappas (far right) at the Kuna Ridley’s and McDonald’s, they informed people how to register and where to vote.

Save the date. On March 14, the Center for Idaho History and Politics will present the Civility and Civic Literacy Symposium. More details coming soon.