Sara Winstead Fry is Professor of Education in the Department of Curriculum, Instruction, and Foundational Studies. Her scholarly interests include service-learning and citizenship education. She teaches courses in the Human Rights Certificate program and University Foundations.

Georgann Kurtz-Shaw serves as Assistant Professor and Head of Instruction and Research Services for Albertsons Library at Boise State University. Her scholarly interests include information literacy instruction and late-nineteenth-century American periodicals. She first worked with incarcerated students at a federal prison in southern Illinois.

Lyle C. May is an alumnus of the Ohio State University and member of Alpha Sigma Lambda Honor Society. He is also incarcerated. In a 2020 essay about his efforts to earn an advanced degree while in prison, May reflected on the barriers he faced, which included “Noise, a lack of current information or internet access, lost lessons and exams, miscommunications with academic advisers or professors, [and] the stress and pitfalls of life on the inside.” May also acknowledged that “these hindrances…because they are common, have helped me draw from a well of resilience I did not know I possess.”

Cultivating the resilience needed to work through challenges is one positive potential outcome of rehabilitative programs that may be offered to people in prison. Another benefit is that people in prison who participate in “correctional education programs were 28% less likely to recidivate when compared with inmates who did not participate in correctional education programs.” Unfortunately, given that an education is an important aspect of rehabilitation, access to higher education in prison was curtailed in the early 1990s by the Violent Crime Control and Law Enforcement Act, which eliminated prisoner1 access to federal Pell Grants.

These grants help subsidize higher education for low-income students – a status which prisoners hold. For example, Idaho prisoners with jobs on the inside typically earn less than $1.00 an hour. With Boise State’s in-state tuition and fees hovering slightly over $8,000 a year, it would take an incarcerated Idahoan working 40 hours a week four years to earn enough money to pay for one year of tuition.2

In 2004, Criminal justice scholar Charles B.A. Ubah documented the consequences of ending Pell Grants for prisoners, pointing out that “the elimination of these grants is an indication that voters and legislators have chosen inmates’ recidivism over inmates’ rehabilitation and successful reintegration into the community.” With the loss of these grants, opportunities for post-secondary education for prisoners were reduced.

Fortunately for some in prison, in 2016 the U.S. Department of Education introduced the Second Chance Pell program, which returned the opportunity for higher education to a limited number of students in prisons. The program was expanded further in 2019, a quarter-century after the program was eliminated.

Citing information from a 2003 report by criminal justice scholars Daniel Karpowitz and Max Kenner that was intended to push Congress to return Pell Grants eligibility to students in prison, May concluded, “It seems obvious but bears some repeating: the more education a person has, the less likely he or she is to commit a crime.” Karpowitz and Kenner documented the success and cost-effective nature of education as a contributor to reduction in recidivism.

Despite the return of this federal funding, incarcerated individuals in Idaho have few opportunities for higher education. According to a 2020 Council of State Governments report, Idaho did not apply for funding through the Second Chance Pell pilot program and did not use Workforce Innovation and Opportunity Act funds for inmate postsecondary education. The Idaho Department of Corrections provides multiple career and technical education programs and certifications, but their students are not offered any paths for achieving associate or bachelor’s degrees. IDOC educational goals only mention offering “resources for post-secondary education preparation” as part of their pre-release program. While inmates could take online courses through Independent Study in Idaho, a program that leads to a degree option is not yet available and students do not receive state or institutional funding to help pay for that coursework. 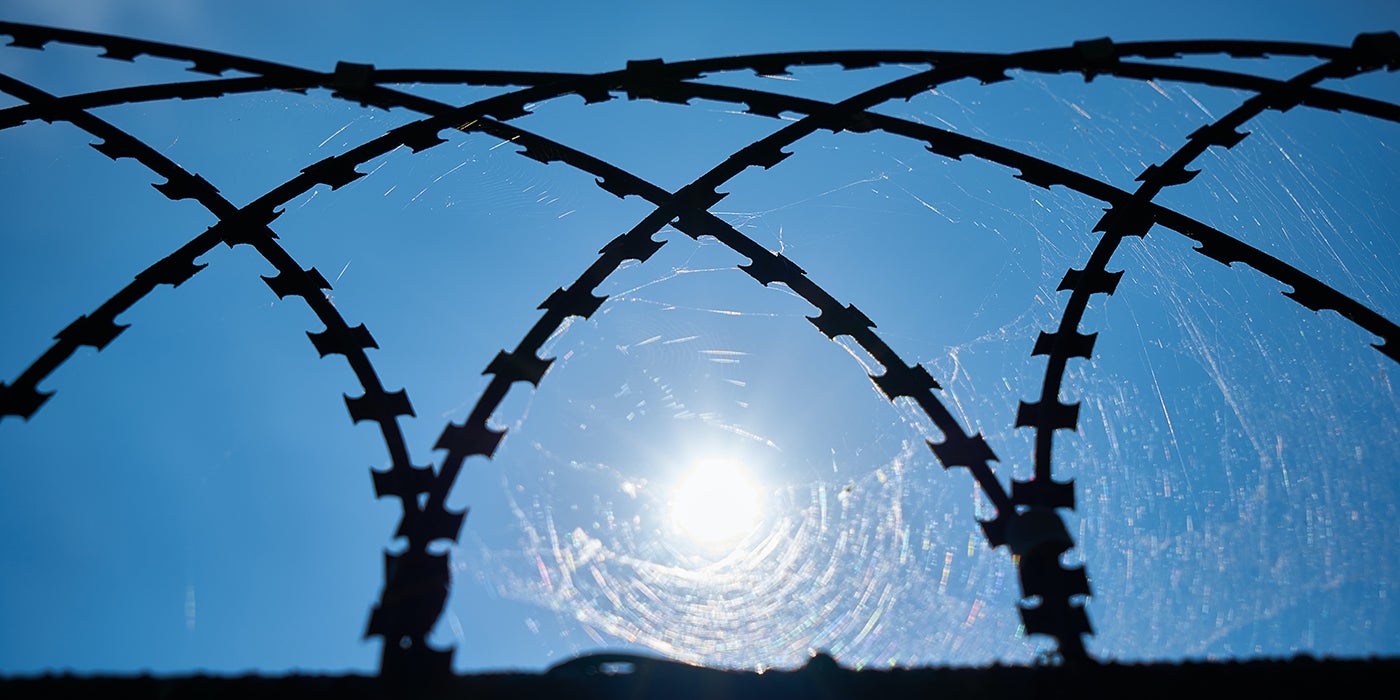 Higher Education for Idaho’s Students Who Are in Prison

In Idaho, higher education in general–not just in prisons–has been a contentious topic in recent years. From legislative budget cuts aimed at getting “universities to rein in diversity programs,” legislation designed to inhibit instruction about social justice issues, and concerns about the growing cost of higher education in Idaho, legislators have expressed myriad concerns, often even making national headlines. Yet absent from the common debate in Idaho is the role of higher education for adult learners who are in prison.

But we would argue that providing higher education opportunities to those in prison should be on the policy agenda. Despite Idaho’s relatively small population and low crime rate, Idaho has one of the highest incarceration rates in the country. In 2020 only eight states were higher. In the same year, Idaho incarcerated more of its women than any other state. Along with its high incarceration rates, Idaho performs poorly in helping individuals on parole or probation status.

According to a 2018 study by the Council of State Governments Justice Center, Idaho exceeded every other state in the percentage of people in prison because of parole or probation violations. At that time, 62% or 5,298 people who had been on probation and parole previously were incarcerated. A 2021 report by the Idaho Statistical Analysis Center indicated that “Idaho’s prison incarceration rate was second highest in the West,” behind Arizona. Given these high incarceration and recidivism rates, Idaho needs to find better ways to prepare its incarcerated for life after prison. It is a situation filled with opportunity for growth and expansion of programs that can benefit Idahoans.

Indeed, Boise State and the Idaho Department of Corrections are exploring ways to bring higher education to Idaho’s prison population. A limited number of students have had the opportunity to take one-credit workshops, including one about the Civil War. In addition to the known complexities of providing students with computer access for writing assignments and other challenges delivering higher education in a prison setting, Covid-19 added a layer of complexity to providing courses to interested students in prison; classes and computer access often had to be canceled for long stretches because of high infection rates.

Nonetheless, in fall 2021, the authors of this essay were able to contribute to the efforts to further the opportunity for learning to some in Idaho’s incarcerated population. Sara Fry taught a 1-credit course titled Introduction to Human Rights, which was inspired by content from the Marilyn Shuler Human Rights Initiative and campus-based students who she met through the program. Many of these students had family members with felony convictions, and their stories and interest in contributing to the reduction of recidivism, inspired her to teach the course.

Because inmates do not have access to library databases or the Internet for research, Sara turned to Georgann Kurtz-Shaw, Head of Instruction and Research Services at Albertsons Library, for support. Georgann provided one-on-one research support to students in prison so they could obtain sources that would allow them to learn more about human rights issues that interest them and prepare a research-based final writing project.

The opportunity to help Idaho Department of Corrections and Boise State expand its offering for learners who are in prison allowed Sara and Georgann to collaborate, and provided space for incarcerated students to try writing for a purposeful audience: readers of The Blue Review. The present article is the first of a series. The second piece explains how Sara and Georgann prepared for teaching students in the prison system, and the third piece is written by Idaho Department of Corrections educator Wayne Wardwell and students. The goal is to conclude the series with pieces written by students who completed the extensive revision process needed for publication, if conditions allow.

Notes:
1. There is an ongoing evolution of language used to describe people who are in prison. In an effort to use language that is more humanizing and supportive of people’s potential for growth, there has been a move away from terms like “convict,” “felon,” “inmate” and even “prisoner” to “resident” or variations of the phrase “people who are in prison.” Anecdotal insights from people who are serving sentences and their advocates suggest that for some individuals the term “prisoner” is acceptable and part of their identity. At the risk of unintentionally offending someone, we use variations of the terms “resident,” “prisoner,” “inmate,” and “ students who are in prison,” unless using a direct quote from a source that uses a different term.

2.  The injustices of prison labor is a topic worthy of its own exploration and is beyond the scope of this article. Booker, Campbell, Decker, and McDowell and Mason offer critiques of the practice.