October 18, 2018, in the Simplot Ballroom at Boise State University

Kenneth Wollack has been actively involved in foreign affairs, journalism and politics over the past four decades. He announced his retirement in September 2017; a year later he stepped down as president of the National Democratic Institute (NDI), a nongovernmental organization dedicated to advancing democracy worldwide.

Mr. Wollack joined NDI in 1986 as executive vice president. The Institute’s board of directors, then chaired by former Vice President Walter Mondale, elected him president in March 1993.

Mr. Wollack traveled to more than 100 countries, many on multiple occasions, in every region of the world on behalf of the Institute’s democratic development programs.

Chaired by former Secretary of State Madeleine Albright since 2001, the Institute maintains offices in more than 50 countries and works to support democratic elections, political parties, parliaments, civic engagement and women’s political empowerment. NDI was established as the result of a 1983 Act by the US Congress.

Before joining NDI, Mr. Wollack co-edited the Middle East Policy Survey, a Washington-based newsletter. He also wrote regularly on foreign affairs for the Los Angeles Times. From 1973 to 1980, he served as legislative director of the American Israel Public Affairs Committee (AIPAC).

Mr. Wollack has been active in American politics, serving on the national staff of the McGovern presidential campaign in 1972. He graduated from Earlham College in Richmond, Ind., and was a senior fellow at UCLA’s School for Public Affairs.

He has testified on numerous occasions before congressional committees, appeared on national television and radio, and spoken before world affairs councils across the country. He has served on various task forces sponsored by the Brookings Institution, the United States Institute of Peace, the Council on Foreign Relations, the Center for U.S. Global Engagement, the Bipartisan Policy Center and the Atlantic Council. He was chairman of the U.S. Committee for the United Nations Development Program (UNDP).

Mr. Wollack is currently serving on the Board of the Commission on Presidential Debates, which has sponsored the presidential and vice-presidential debates since 1988, and as a member of the advisory committee for the U.S. Agency for International Development, and the George W. Bush Institute’s Advisory Council on Human Freedom.

Scenes from the 2018 Conference 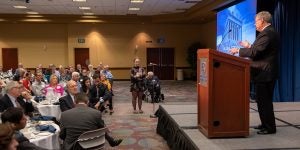 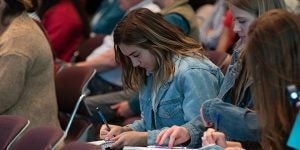 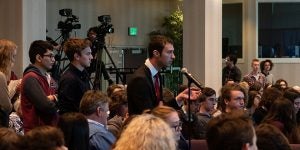 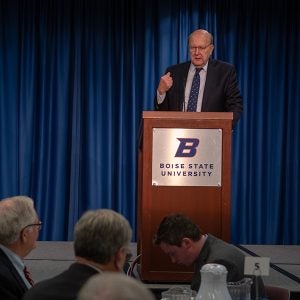 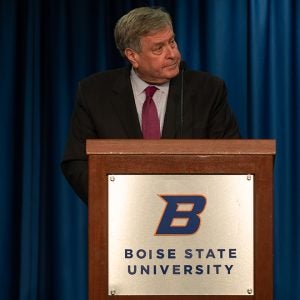 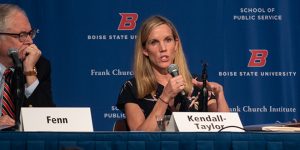